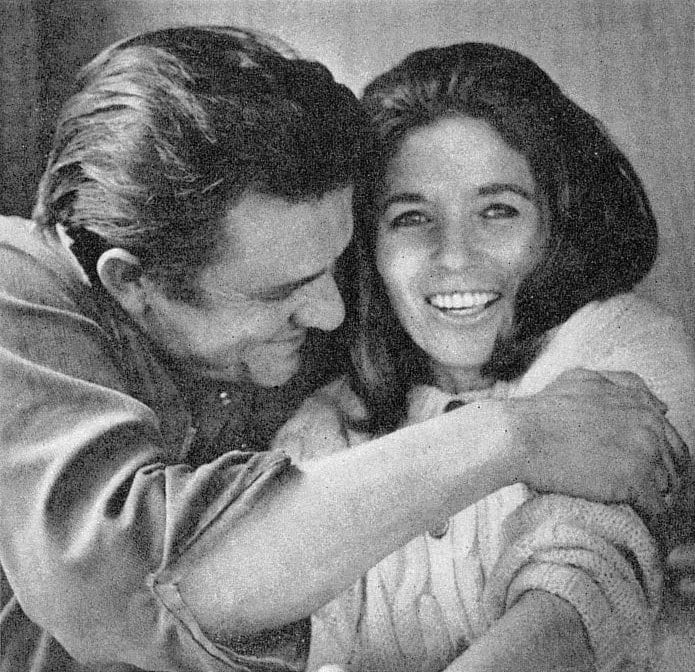 Writing a love letter is an age-old tradition, and a romantic way to let your love know how you feel about them. It might have fallen out of fashion somewhat, especially with the decline of letter writing and sending physical post, but this only makes writing a love letter or even a card a more romantic thing to do. If you take the time to put into words how much you love someone, they are sure to appreciate the effort and the sentiment and treasure the words that you write for a long time. If you’re looking for a romantic gesture for Valentine’s Day or any other occasion (or just because), a love letter, card or not is a great idea.

In the music world, and perhaps in general, Johnny Cash and June Carter’s relationship is one of the most famous. The film Walk the Line even chronicled their love story in 2005, featuring Joaquin Phoenix and Reese Witherspoon in the starring roles. Both Cash and Carter died in 2003, but their love story endures and is regarded as one of the greatest of all time. In fact, a love letter that Johnny Cash wrote for June Carter Cash, who was his wife for 35 years until her death, was voted the greatest love letter of all time by a poll in 2015. It was ranked above letters such as the love letter from Winston Churchill to his wife Clementine and John Keats’ letter to Fanny Brawne.

The letter was written to mark June’s 65th birthday in 1994, and clearly but poetically sets out Johnny’s love for her. One of the important things to note is that the letter itself isn’t long. It doesn’t go on for pages and pages, and it doesn’t use lots of flowery language. It simply tells June how Johnny feels about her, without mincing any words.

Here’s the short but meaningful letter in full:

We get old and get used to each other. We think alike. We read each others minds. We know what the other wants without asking. Sometimes we irritate each other a little bit. Maybe sometimes take each other for granted.

But once in awhile, like today, I meditate on it and realize how lucky I am to share my life with the greatest woman I ever met. You still fascinate and inspire me. You influence me for the better. You’re the object of my desire, the #1 Earthly reason for my existence. I love you very much.

Johnny Cash and June Carter Cash got married in 1968 and were together until her death. Johnny Cash passed away at age 71 just four months after June, who died when she was 73. During their relationship, they both had their struggles, including addiction, but their love endured.

Johnny and June’s marriage wasn’t the first for either of them. June had previously been married twice before, and had one daughter with her first husband and another with her second husband, while Johnny had been married once, and shared four daughters with his first wife. They were both married when they first met. Nevertheless, they remained together for decades after their marriage and had a son together, John Carter Cash, who is also a musician, songwriter, and producer.

June and the rest of the Carter family performed with Johnny for several years. June co-wrote one of Johnny’s most famous songs, Ring of Fire, and performed with him on tracks including Jackson, and It Ain’t Me Babe.

Johnny Cash’s love letter shows that you don’t need to be a poet or a songwriter to craft a beautiful declaration of your love (even though he was one himself). There’s no need to use big words or try to sound pretentious. The most important thing is that you speak from the heart and tell the recipient of your letter what they mean to you. They don’t need you to write a sonnet or sound like another person. In fact, it’s much more important that you sound just like yourself. The words that Johnny Cash used might have been simple, but he also poured a lot of meaning into them.

If you want to write a love letter or even a note in a Valentine’s card, stay true to yourself and your relationship. Think about what is meaningful to you and how you share your love for each other. There’s no need to overthink what you write and try to be someone you’re not.

And don’t forget you can buy a Valentine’s card from our store!